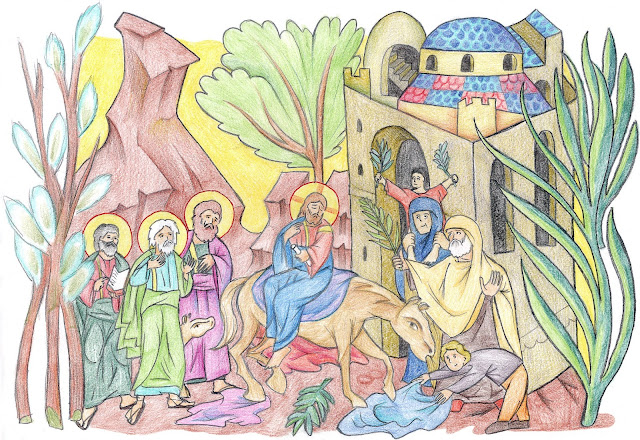 They brought the donkey and the colt, laid their clothes on them, and set Him on them. And a very great multitude spread their clothes on the road; others cut down branches from the trees and spread them on the road.
Then the multitudes who went before and those who followed cried out, saying:
“Hosanna to the Son of David!
‘Blessed is He who comes in the name of the Lord!’
Hosanna in the highest!”

This illustration was made possible thanks to the generous donation of Connor Fitzmaurice
Posted by Bible Illustrated at 9:48:00 AM