1 The wisest of women builds her house,
but folly with her own hands tears it down.

2 Whoever walks in uprightness fears the Lord,
but he who is devious in his ways despises him.

3 By the mouth of a fool comes a rod of pride,
but the lips of the wise will preserve them.

4 Where there are no oxen, the manger is clean,
but abundant crops come by the strength of the ox.

5 A faithful witness does not lie,
but a false witness breathes out lies.

6 A scoffer seeks wisdom in vain,
but knowledge is easy for a man of understanding.

7 Leave the presence of a fool,
for there you do not meet words of knowledge.

8 The wisdom of the prudent is to discern his way,
but the folly of fools is deceiving.

9 Fools mock at the guilt offering,
but the upright enjoy acceptance

10 The heart knows its own bitterness,
and no stranger shares its joy.

11 The house of the wicked will be destroyed,
but the tent of the upright will flourish.

12 There is a way that seems right to a man,
but its end is the way to death.

15 The simple believes everything,
but the prudent gives thought to his steps.

16 One who is wise is cautious and turns away from evil,
but a fool is reckless and careless.

17 A man of quick temper acts foolishly,
and a man of evil devices is hated.

18 The simple inherit folly,
but the prudent are crowned with knowledge.

19 The evil bow down before the good,
the wicked at the gates of the righteous.

20 The poor is disliked even by his neighbor,
but the rich has many friends.

21 They err that work evil: but mercy and truth prepare good things.

23 In much work there shall be abundance: but where there are many words, there is oftentimes want.

24 The crown of the wise is their riches: the folly of fools, imprudence.

26 In the fear of the Lord is confidence of strength, and there shall be hope for his children.

27 The fear of the Lord is a fountain of life, to decline from the ruin of death.

28 In the multitude of people is the dignity of the king: and in the small number of people the dishonour of the prince.

29 He that is patient, is governed with much wisdom: but he that is impatient, exalteth his folly.

30 A tranquil heart gives life to the flesh,
but envy makes the bones rot.
31 He that oppresseth the poor, upbraideth his Maker: but he that hath pity on the poor, honoureth him.

32 The wicked man shall be driven out in his wickedness: but the just hath hope in his death.

33 In the heart of the prudent resteth wisdom, and it shall instruct all the ignorant.

35 A wise servant is acceptable to the king: he that is good for nothing shall feel his anger.

Previous Chapter   Proverbs   Next Chapter
Posted by Bible Illustrated at 4:04:00 AM No comments: 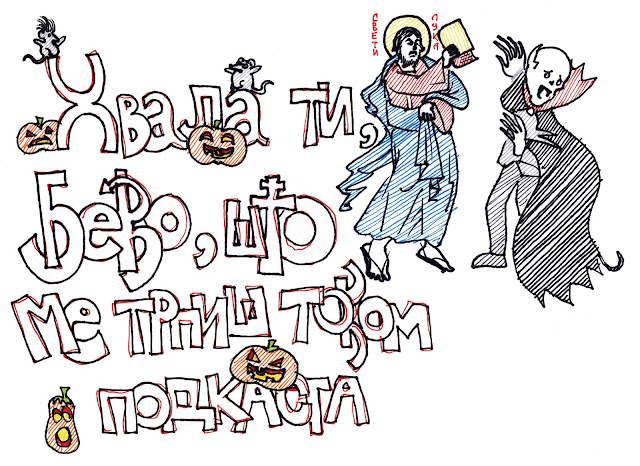 "Thank you, Đeko, for putting up with me during the podcast"