Donors and Contributors
Main Page
Posted by Bible Illustrated at 5:56:00 AM No comments:

Donors and Contributors
Main Page
Posted by Bible Illustrated at 5:05:00 AM No comments:

Donors and Contributors
Main Page
Posted by Bible Illustrated at 4:54:00 AM No comments: 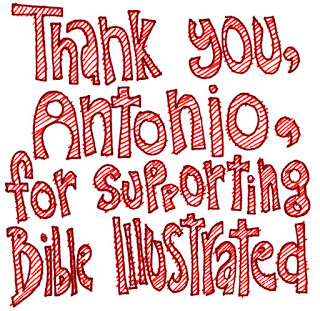 Donors and Contributors
Main Page
Posted by Bible Illustrated at 4:39:00 AM No comments: 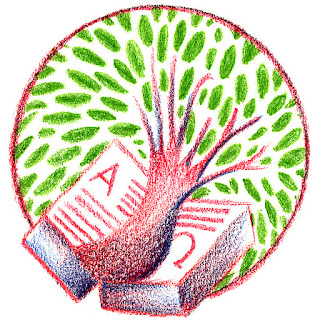 Bible Illustrated is a project where one Eastern Orthodox guy is attempting to illustrate the entire Bible using (primarily) traditional media, such as colored pencils, ink, watercolours, tempera and such. The imagery is based on Eastern Orthodox iconography. This labour is made possible by many patrons on different platforms whose pledges help me devote more time to the illustrations.
If a book of the Bible or a chapter within it is a link, it means it contains original illustrations of verses within those books and chapters. 100% mark in front of a chapter signifies that the entire chapter has been illustrated, and a YouTube link means that you can listen to me narrate the chapter as you watch the appropriate illustrations.
Translation used within the project is the 1899 American edition of the Douay–Rheims Bible. I have opted for this translation because it is in public domain, and it contains deuterocanonical books many of the modern Protestant Bibles sadly lack. These books were considered as canonical Scripture by Christians for a millenia and half and they will also be illustrated in due time.
You are free to use the images in this blog however you wish (commercial use included). If you plan to use the images commercially, please consider donating to the project.
Over time this project has evolved significantly. It now includes new media (initially it was only colored pencils), but now it has its own YouTube channel (where I comment on different aspects of Eastern Orthodox spirituality) as well as a webcomic. Both the channel and the webcomic are seen by me as promotional tools for the biblical illustrations, even though the channel has proven to be more popular. All three (illustrations, channel and webcomic) are there for the edification of the Church and in the glory of the Most Holy and Life Giving Trinity. Amen!
Become a Patron!
OLD TESTAMENT
Book of Genesis
Book of Exodus
Book of Leviticus
Book of Numbers
Book of Deuteronomy
Book of Joshua
Book of Judges
Book of Ruth
1 Samuel
2 Samuel
1 Kings
2 Kings
First Book of Chronicles
Second Book of Chronicles
First Book of Ezra
Second Book of Ezra
Book of Nehemiah
Book of Tobit
Book of Judith
Book of Esther
First Book of Maccabees
Second Book of Maccabees
Third Book of Maccabees
Book of Psalms
Book of Job
Proverbs of Solomon
Book of Ecclesiastes
Song of Songs
Wisdom of Solomon
Wisdom of Sirach
Book of Hosea
Book of Amos
Book of Micah
Book of Joel
Book of Obadiah
Book of Jonah
Book of Nahum
Book of Habakkuk
Book of Zephaniah
Book of Haggai
Book of Zechariah
Book of Malachi
Book of Isaiah
Book of Jeremiah
Book of Baruch
Lamentation of Jeremiah
Epistle of Jeremiah
Book of Ezekiel
Book of Daniel

TOTAL CHAPTERS COMPLETE
16 / 1377
SHOP
You can find artwork from this website (and occasional reproduction)
on our very own shop!