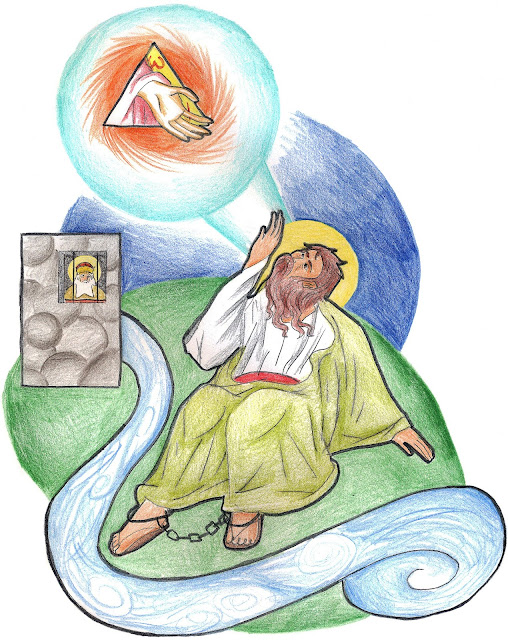 Now it came to pass in the thirtieth year, in the fourth month, in the fifth day of the month, as I was among the captives by the river of Chebar, that the heavens were opened, and I saw visions of God.
In the fifth day of the month, which was the fifth year of king Jehoiachin's captivity, the word of the Lord came expressly unto Ezekiel the priest, the son of Buzi, in the land of the Chaldeans by the river Chebar; and the hand of the Lord was there upon him.
And I looked, and, behold, a whirlwind came out of the north, a great cloud, and a fire infolding itself, and a brightness was about it, and out of the midst thereof as the colour of amber, out of the midst of the fire.